60 Years and Stronger than Ever

By Science and the Sea staff
It was 1935 when Dr. E.J. Lund, a zoologist from The University of Texas, came to Port Aransas to investigate a massive fish kill. He built a small one-room shack on the old Corps of Engineers dock as a base of operations. Dr. Lund recognized the uniqueness of the local environment and the need for public education about the natural resources of the Gulf of Mexico. 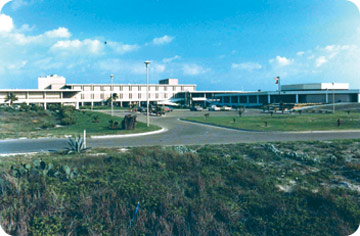 Dr. Lund’s efforts generated interest in marine science at the University, and the Marine Science Institute was formally founded in 1941. There, he and his student, Gordon Gunter, began research on the distribution, life history and relative abundance of Texas marine fishes and on fouling on ships’ bottoms. By 1946, the first permanent marine laboratory was established in Texas.

Over the years, the Marine Science Institute has become a world-class research institute and the home to some of the nation’s most distinguished marine scientists, including Dr. H.T. Odum, one of the “fathers” of modern ecology; Dr. Gordon Gunter for whom the National Oceanic and Atmospheric Administration renamed a vessel; and Dr. Patrick Parker, whose research the National Science Foundation declared as “one of the greatest achievements in chemical oceanography in the last 50 years.”

Every other year since 1996, the Marine Science Institute has hosted an Open House to treat the public to the exciting work that goes on at this shore-side facility. This year, the Open House will be held on May 27th. All events are free and there is plenty to see and do for all ages. Come help us celebrate 60 years of “Science and the Sea!”