Attack of the Killer Jellyfish

Beluga caviar is one of the world’s most expensive delicacies. And prices are only going higher, thanks to pollution, overfishing, and a “killer” jellyfish. 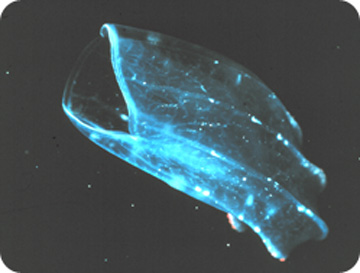 Beluga caviar comes from the eggs of the beluga sturgeon, which lives in the Caspian Sea. These fish can live for a century, weigh a ton, and span the length of a pickup truck.

But the Caspian is surrounded by countries that have seen political and economic turmoil in recent decades, including Russia, Azerbaijan, and Iran. They’ve dumped pollution into the sea at an alarming rate. And for years, fishing fleets nabbed too many beluga. As a result, the population dropped by 90 percent or more.

Beginning in the late ’90s, things got even worse because an alien species entered the Caspian -- a type of jellyfish found off the East Coast of the United States. It “hitchhiked” first to the Black Sea, then to the Caspian, in the ballast water of tankers.

The jellyfish gorge on plankton -- tiny organisms that are the first link in the food chain -- then produce hundreds of eggs a day for many months. And since there are no predators in the Caspian to thin them out, the jellyfish population exploded.

With less plankton to feed them, the small fish that are the staple of a sturgeon’s diet died off, so the number of sturgeon dropped even more.

Scientists are experimenting with another type of jellyfish that eats the one that’s infesting the Caspian. And bans on sturgeon fishing, sales, and imports are in place. These steps may help save a culinary delicacy.