There’s nothing quite like the colors of a clear ocean or sea. Shallow seas and lagoons often show a crystalline aqua color, like a perfect sliver of turquoise. And the deep oceans look darker -- a field of navy blue as far as the eye can see. 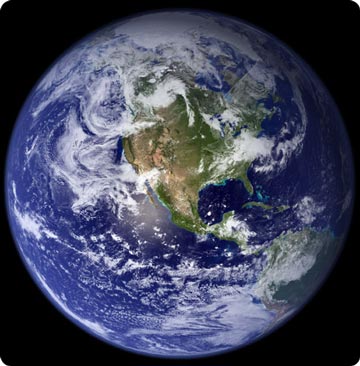 The color of the oceans or seas depends on how clear they are. Near river deltas, they look brown because of silt in the water. And “blooms” of algae can color the water brown or red.

But in its purest form, the water appears deep blue. And it looks that way for the same reason that the sky looks blue.

Sunlight is a mixture of all the colors of the rainbow. When it shines into the air or water, the longer, redder wavelengths are absorbed, while the shorter, bluer wavelengths are scattered and reflected. That means they bounce around -- and some of them bounce right into our eyes.

Not much sunlight penetrates the oceans. Most of it is absorbed within the first few feet. Even in the clearest water, almost nothing penetrates below about 500 feet.

Like changing salinity, temperature, and pressure, the changing light is one more thing to which life in the ocean has adapted. Some types of fish have light-colored bellies and dark backs, for example, so they blend in when they’re seen from below or above. Others can change colors to blend into the background.

And still others produce their own light. And seen through the ocean water, all of these glowing lights look blue.