For houseboaters in Sausalito, California, it was a spooky mystery. In the 1970s, many began to hear an odd humming noise at night. It became so loud that it kept many people awake. Some blamed a power plant, others said it was an experiment by the navy, and still others blamed it on extraterrestrials. 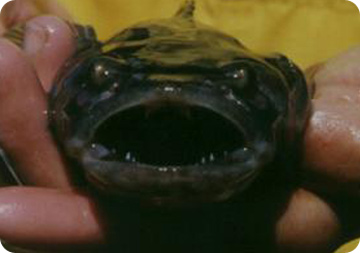 Scientists eventually found that the noisemakers were a species of toadfish -- the plainfin midshipman. Thousands of male fish were “singing” to attract mates.

Marine biologists have found that hundreds of species of fish sing, grunt, and yell. Most of these sounds are mating calls. But others are warnings or attempts to attract prey.

It turns out that listening to fish is a good way to keep track of them.

The mating habits and spawning grounds of many fish are still something of a mystery. Scientists can’t just swim along to watch where the fish go and what they do -- particularly since much of the activity takes place after dark.

But they can track the fish by listening for them. They drop an underwater microphone over the side of a boat as it sails back and forth through the water. They record the underwater sounds, then analyze them in the lab. From their recordings, scientists can pinpoint the locations of schools of fish, allowing them to track them at different times of the day or year. And that reveals a lot about the habits of these watery singers.