Mother of the Environmental Movement

Today, just about everybody understands the dangers of DDT. The pesticide was used around the country in the 1950s and ’60s to kill mosquitoes. But it also killed birds and other wildlife, and caused health problems in humans. So the environmental harm outweighed the benefits. 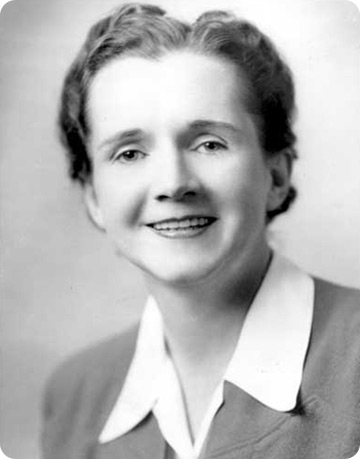 The public learned about the dangers of DDT from “Silent Spring,” a book by Rachel Carson. She was a marine biologist who devoted much of her life to conservation and other environmental causes.

Carson was born 100 years ago, on May 27th, 1907. She grew up on a farm, and eventually became a marine biologist. She joined the U.S. Bureau of Fisheries in 1936. In 1940, the agency merged with another federal agency to form the U.S. Fish and Wildlife Service.

Carson was devoted to the environment, and she wrote magazine articles about the natural world. In 1941, she published “Under the Sea Wind” -- a book that says people are a part of the natural world, not masters of it. Later, she wrote booklets for the Fish and Wildlife Service that encouraged conservation.

In the 1950s, a friend told her that birds began dying after her neighborhood was sprayed with DDT. Carson found that the same thing was happening across the country.

She published “Silent Spring” in 1962. Although the book was controversial at the time, no one doubts its impact today. It led to bans on DDT and other chemicals, and helped raise public awareness of the link between people and our fragile environment.