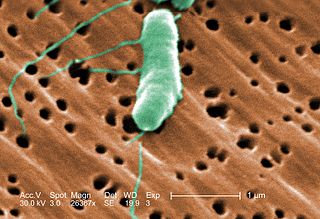 Call it “Oyster’s Revenge.” It’s a nasty little bacterium that can give you a nasty tummy-ache and other problems if you eat raw oysters or other undercooked shellfish. And it can even infect you if you wade through warm seawater -- usually in marshlands or other protected coastal environments.

It’s known as Vibrio vulnificus. It’s a genetic cousin to the bacteria that causes cholera. It’s found in coastal waters around the world, although it’s most common in the Gulf of Mexico. It flourishes during the late summer months, in water temperatures warmer than around 75 to 80 degrees Fahrenheit.

Vulnificus is commonly found in shellfish in these waters. Cooking the shellfish kills the bacteria. But raw or undercooked oysters, clams, and crabs can be loaded with them. Once ingested, they can cause nausea, diarrhea, chills, and other unpleasant symptoms.

People with no underlying health problems usually recover in a few days, especially if they’re treated with antibiotics. But for those with liver or immune system problems, vulnificus can infect the bloodstream. In those cases, it’s fatal about half the time.

And if you have open wounds, you can also catch vulnificus just by wading through the water. In fact, several cases were reported in the aftermath of Hurricane Katrina. In extreme cases, this kind of exposure can require amputation of the infected limb.

To avoid Oyster’s Revenge, stay out of warm, brackish seawater -- and keep away from raw oysters.