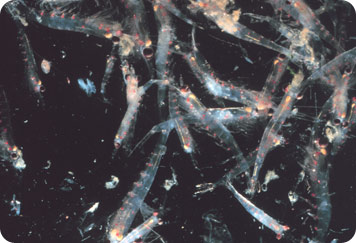 A couple of studies released last year support the idea.

In one, scientists measured the “stirring” effect of tiny shrimp-like organisms called krill. They stay well below the surface during the day, but at night, they rise to the surface to feed. Although they’re less than an inch long, millions of krill paddle to the surface at the same time.

Although the study looked at only a small area, some scientists believe that this same thing happens throughout the oceans.

Processes like wind and tides account for most of the mixing between the surface and deeper layers. But another study, which has not yet been confirmed, suggests that the migrations of sea creatures may account for up to a third of the total mixing. In fact, swimming sea creatures may provide more than 600 gigawatts of energy every year -- enough to keep things churning in the world’s oceans.