If you’ve ever thought that there just aren’t enough hours in the day, then you probably wouldn’t have been happy a few hundred million years ago, when the day was even shorter than it is now. The gravitational interaction between Earth and the Moon is slowing Earth’s rotation, making the days longer. Scientists can measure how much longer by studying the fossils of ancient coral. 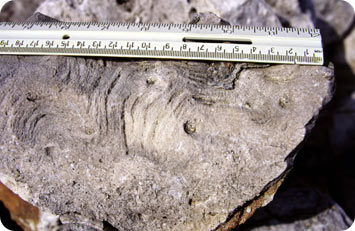 The cause of the longer days is the tides. The Moon’s gravity pulls at Earth’s oceans, creating bulges of water that travel around the planet. As the bulges rotate with Earth, they encounter land masses. This creates friction, causing the planet to rotate more slowly.

Confirmation of this effect is found in ancient beds of fossilized coral.

Some types of coral produce yearly growth bands that are like tree rings. Each yearly band also contains a thin layer for each day. By counting the layers in corals of different ages, scientists can determine the number of days in a given year. Since the length of the year hasn’t changed, you divide the total number of hours in a year by the number of days in a year to get the length of a day.

The slow-down of Earth’s rotation continues even now -- increasing the length of the day by about one second for every 50,000 years.