It sounds like a plot device from a sci-fi movie. Organisms don’t have enough oxygen to operate normally, so they start to shut down some of their systems to save energy -- a sort of low-grade suspended animation. One response is basically to stop having babies. 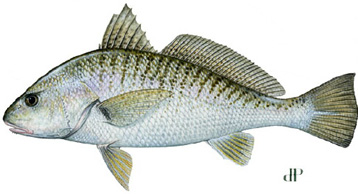 Researchers from the University of Texas Marine Science Institute studied Atlantic croaker in Florida’s Pensacola Bay and in their lab in Texas.

This was the first time that such a response had been measured in saltwater fish. And although it’s probably normal, scientists also find it worrisome. Runoff from agriculture and land development are reducing the oxygen levels in much of America’s Atlantic and Gulf coastal waters. If that causes fish to quit reproducing, then entire populations could be at risk -- something that’s as scary as any sci-fi plot.