Many fish use sound to communicate. Most of them vibrate a small internal "balloon," known as the swim bladder. This produces a variety of grunts, clicks, and buzzes. But some species may talk in a way that even Doctor Dolittle might not appreciate. To put it delicately, they pass gas. 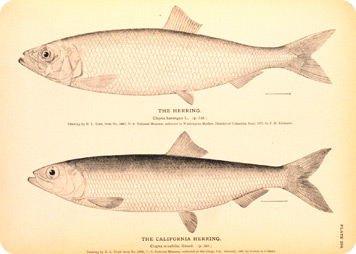 Scientists discovered the sounds a few years ago when they were studying herring in the laboratory. They heard what might be described as rude noises.

Finally, the scientists used video cameras and infrared lights to watch the fish at night, and saw that when the herring made the rude sounds, tiny bubbles rose from their bottoms.

The researchers decided that a herring probably makes the sound by channeling air from its swim bladder to its intestine. The sound is at frequencies that the herring can hear, but that other fish or marine mammals cannot.

The sounds appear to be more common at night, so they may be a collective signal to keep the fish in a group. So it may be that the school that passes gas together, stays together.