The “tuxedo” pattern that a penguin wears is more than just a snappy style -- it’s a type of camouflage. It doesn’t help on the ice, but in the water the pattern of black and white helps hide the penguin from both prey and predators. 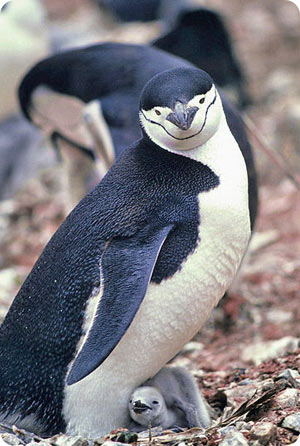 The penguin is a drastic example of countershading. Credit: National Oceanic and Atmospheric Administration

Marine creatures use many techniques to keep from being seen. Some use a combination of texture and color patterns to blend in with the background. Others are virtually transparent. And still others can change color as they move across the ocean floor.

The penguin is probably the most drastic example of this sporty two-toned look, but it’s found on many other creatures as well. Most of them stay close to the surface, where there’s more light and hence a greater need for camouflage. The list includes mammals like whales and dolphins, and many species of fish, all the way up to Great White sharks.

Countershading is also used by birds, and it’s even been used on fighter planes and bombers. But it isn’t perfect -- it’s no Harry Potter invisibility cloak. When silhouetted against bright sunlight, for example, a creature casts a shadow that can alert everything in the water below it. Even so, countershading is a technique that never goes out of style.