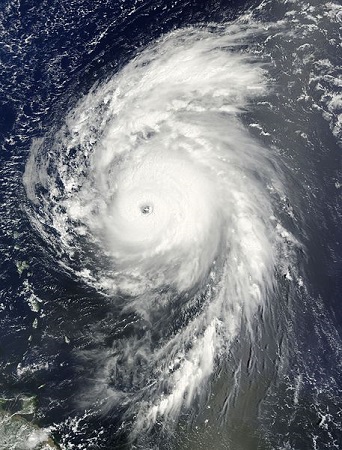 When Hurricane Bill spun along the coast of New England in August of 2009, the ocean floor rumbled. It continued to rumble for 30 hours. The motion was detected more than 2500 miles away. And it packed as much punch as a magnitude-3.5 earthquake.

Stormquakes jiggle the ocean floor all the time -- but only in some areas. They’re powered by both hurricanes and winter storms, such as the nor’-easters that barrel off the coast of New England. Yet they were discovered only recently.

The signal produced by a stormquake is tougher to “hear” than one produced by an earthquake of similar power. Recently, though, a team studied seismic records over a period of about a decade, ending in 2015. And the scientists found more than 14,000 stormquakes. The signals corresponded to the passage of big storms, and they weren’t related to earthquakes. And they were clumped in a few regions off the coasts of the United States and Canada.

Those regions have shallow plateaus along the ocean floor, known as banks. Deep swells in storms produce wave energy that’s transferred to the banks. That pounds these areas like big hammers, causing the ocean floor to rumble. In other regions, the contours of the bottom aren’t right, so there are no stormquakes -- no matter how big the storm.

Geologists may be able to use the vibrations created by stormquakes to probe beneath the ground. That could reveal details about the structure of Earth’s crust in areas where it’s poorly understood -- thanks to stormquakes.