Since the days of Ernest Hemingway, it’s been the ultimate symbol of man versus the sea: A spirited fight between an angler and a marlin or sailfish, its sleek body whipping back and forth as it leaps from the water. 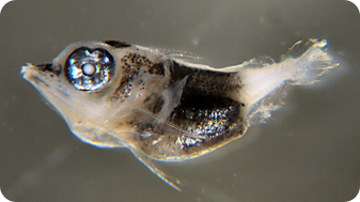 The image is becoming rarer, as the number of marlin, sailfish, and other billfish decline. Although recreational fishing is largely catch and release, many billfish are caught as unintended targets in commercial fishing operations. But scientists are trying to help these fish rebound by learning more about their early lives. The study could help develop new conservation strategies.

Scientists from The University of Texas and Texas A&M University sampled several locations in the northwestern Gulf of Mexico during 2005 and 6. They were looking for billfish larvae -- very young fish that measure no more than an inch long.

They found that larvae were concentrated along the edge of a warm current in the Gulf. The current also concentrates nutrients, seaweeds, and organisms that serve as food for the young fish. The high numbers of young billfish suggest that adults are spawning in the northern Gulf.

Now the scientists are determining how old the larvae were and analyzing what they ate. Along with information on water currents, that should provide a better idea of exactly where the fish spawn. And that could be used to set up areas where commercial fishing operations are carefully regulated -- helping give these fighting fish a fighting chance to recover.